7 things only who live in Germany understand

Germany is not all about fast cars, precision engineering, and Autobahn. What makes Germany unique is its culture. Here are seven things you would understand only if you live in Germany.

Sonntag ist Ruhetag (Sunday is a rest day) and it is taken quite literally. Most shops are closed on Sundays. If you forgot to shop for groceries on Saturday. You have no choice but to wait till Monday to go shopping.

You are also by law required not to make any kind of noise that might disturb the peace of your neighbor. Meaning, no vacuuming, drilling, lawn mowing etc. Even running your washing machine in a shared apartment or throwing bottles in common bin is not allowed on Sundays.

Article 139 of the German constitution states, “Sunday and holidays recognized by the state shall remain protected by law as days of rest from work and of spiritual improvement.”

There are a few exceptions to this rule, but neighboring towns are allowed by law to operate “open Sundays” eight times a year. During these special days, shops open for business, usually with impressive sales, and the townspeople gather to celebrate the livelihood with a street fair.

Until then, though, take that time to simply relax. It is Sunday after all.

Garbage is treated with a lot of respect in Germany. What I mean to say is waste is segregated into different categories and is retired into their respective bins. To give you a proper insight, the wase is separated into five categories. Yellow bin or yellow bags for packaging and plastic disposal. Green or brown bin for bio-waste disposal. Blue bin for paper and cardboard disposal. Black bin for residual waste like broken ceramics. Bottle banks for brown and green glass disposal. (The colors of the bin varies in different regions.)

This does not include hazard disposal like batteries. Which need to be collected in a box that you can get from the store and return it to them filled with old batteries or electronic devices which are disposed of properly.

Meanwhile, this is not it! There is more, read the next point. 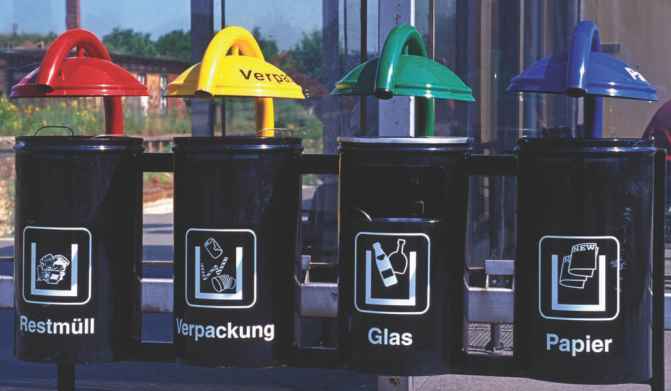 The deposit of 0.25€ is returned to you when you when you return the bottle. The deposit for the bottle would vary from 0.08€ – 0.25€ depending on the type of material it is made of. The 0.25€ deposit bottle comes with this symbol on it. 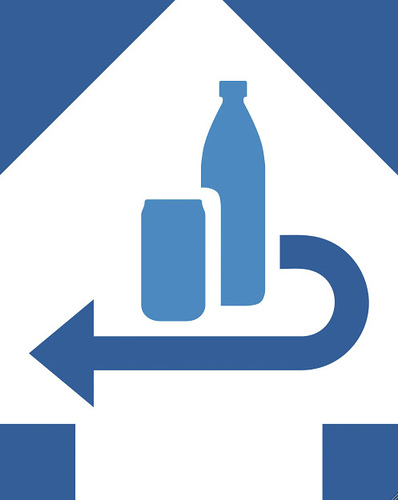 And can be handed over to the cashier at any store or in a machine like one below in exchange for cashback or cash. 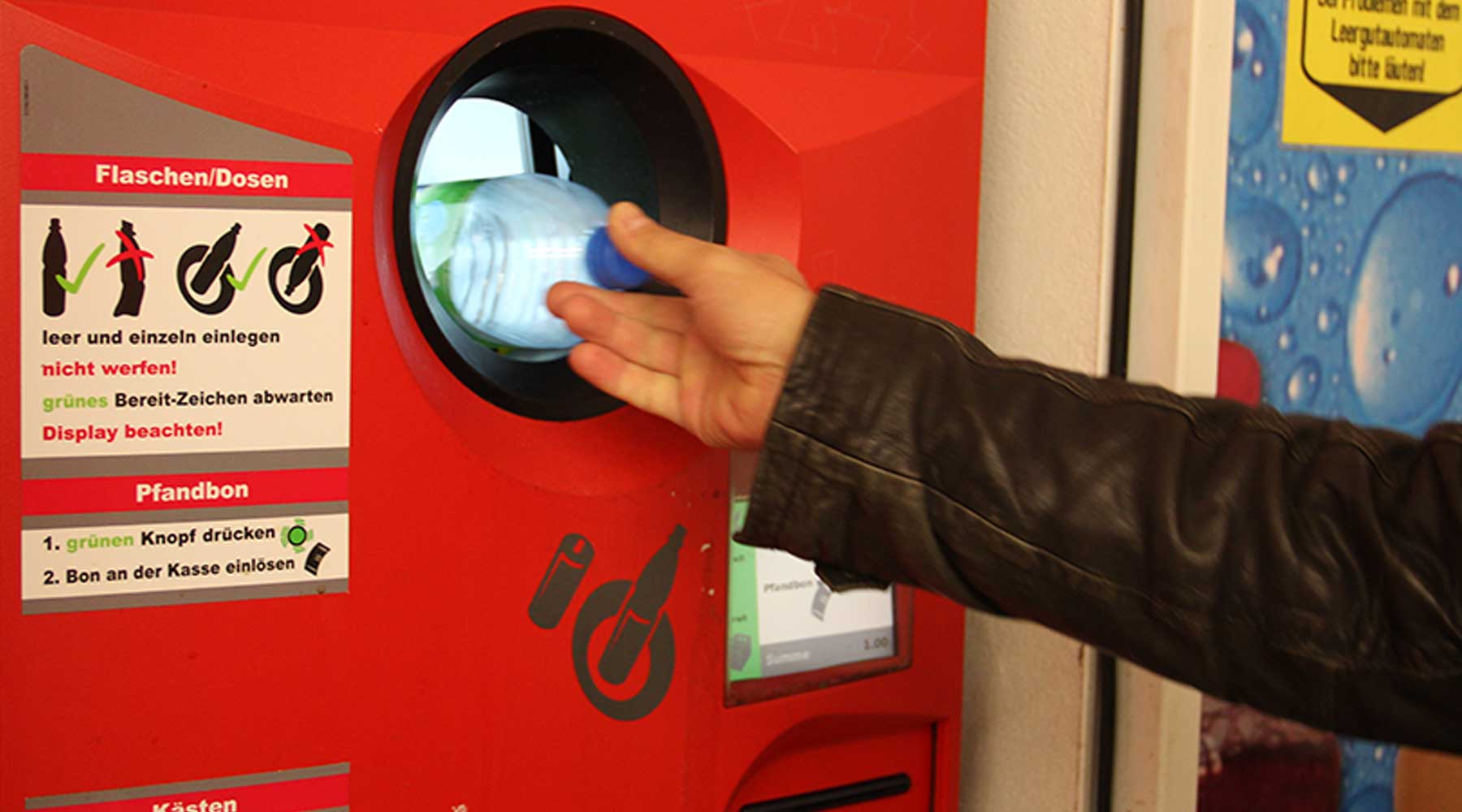 Do not be surprised if you ask for water and you are served with carbonated water. Carbonated water is what many people in Germany drink to quench their thirst. Don’t be surprised if a server at a restaurant refuses to serve you tap water. Secondly, adding ice to drink is quite unheard of in Germany. If you are one who likes to have ice in their drink, be ready to be disappointed.

Piracy is taken very seriously in Germany. You need to make sure to delete your torrent client software before you enter Germany. You will be served with a notice stating hefty penalty if you are caught uploading content without distribution license.

One thing to beware, the copyright holders can track the IP address and not MAC address. What I mean to say is, it is the owner of the internet connection who would be penalized irrespective of who violated the law by the copyright holder. So be very careful whom you share your internet connection with. The fines go up to 800€ for each movie/software.

The law recently passed by the German government made unlicensed streaming illegal too. Thus, buffering TV shows or sports games are illegal in Germany. However, it is one of the most confusing aspects of rules in Germany. The steaming falls into the grey area, you can defend by saying that you have no idea the steam was illegal. Meanwhile, I have limited knowledge about this law. So please do not state this blog as a reference, in case you are caught.

SEE ALSO: 11 reasons why you choose to study in Germany

Seldom, yet sometimes you would come across some people at university or at work enjoying beer during lunch time. Do not be surprised if the professor who is supposed to be taking the class next hour is enjoying his beer during lunch break.

October fest in Munich is not be all and end all of German beer culture. There are several festival in Germany around the year and this is a very common sight. 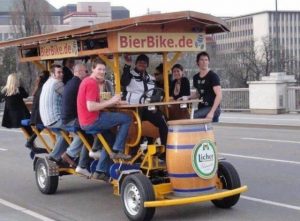 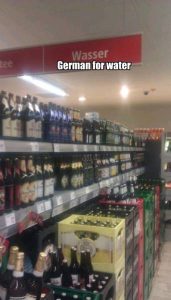 Germany is also one of few countries where McDonald’s serves beer. However, not all McDonalds in Germany sells beer. 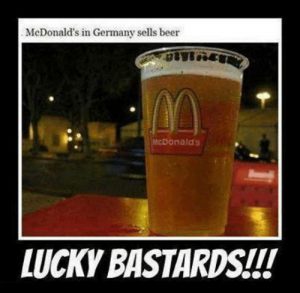 Nudity in Germany has much more relaxed view than most of the other countries in the world. For example, it is not uncommon to see topless women or men’s buttcheeks in newspapers and hoardings. Animated nudity has been recently used humorously to increase awareness of STD among people. 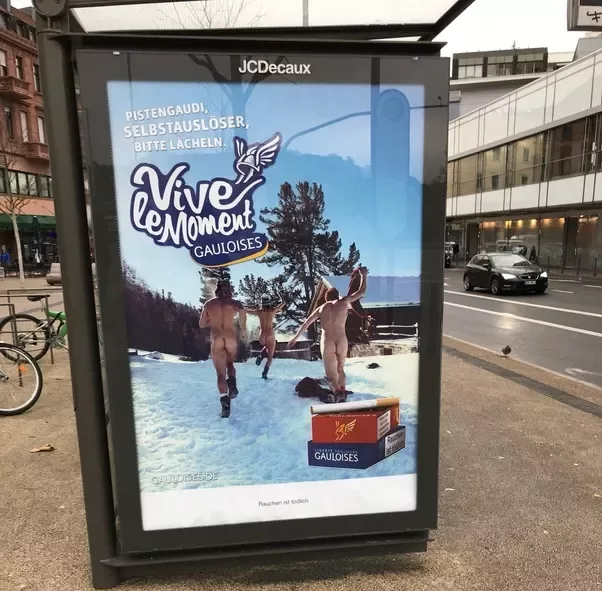 Do not be surprised if you walk into a sauna and find yourself an outcast even though you are wearing only a swimsuit.

In movies, contrary to widely used rating structure, a violent scene with lots of blood is more likely to get Adult rating than a nude scene.

SEE ALSO: Do not move to Germany if…

What do you think of this list? Is there something I left out? Let me know in the comments so that I can include it in the next blog post.

Also, do subscribe to the blog if you wish to know more interesting fact about Germany