Do not move to Germany if…

Germany is a beautiful country with a vivid and interesting culture. However, to move to a completely unknown and a foreign culture is not everyone’s cup of tea. Do not move to Germany if you have these characteristics or at least are unwilling to change.

Before we begin, I would like to say that, the post is not meant to discourage you from coming to Germany or to offend anyone.

Germans do not like to schlagen um den heißen Brei herumreden (Beat around the bush). They are very direct and it sounds really rude at times. It is easy to feel uncomfortable with this kind of approach, especially if you come from a culture where euphemism helps communicate uncomfortable messages. If you can’t take this blunt and direct attitude, better not come to Germany.

Customer service is not particularly bad in Germany. However, if you have a really high expectation of being treated in a friendly manner you are sure to be disappointed. In a country where everything seems to run smoothly, customer service is one thing that does not.

You might feel like you being a customer should be a top priority. But, right when you ask for the check at the restaurant, the waiter will feel that it is right time to take a break and go for a smoke. Good luck if she comes back under ten minutes.

Having high expectation in a place where businesses operate with “the general attitude that you are being done a favor by being served” can contribute to a cultural misunderstanding that makes the problem even worse.

Read Also: 7 mistakes to avoid when you arrive in Germany

Germany has one of the best social security systems in the world. The universal healthcare comes at a huge cost to the people in the form of taxes. While the salaries can be much lower than in the USA for doing the same job, the taxes are higher too. 33-40% of your income would be eaten up by taxes.

I come across a lot of answers on Quora written by expats who extensively complain about high taxes. It would help you to know that you are not going to get filthy rich by working in Germany. So do not come to Germany unless having strong social security and healthcare is more important than piling up money in the bank. 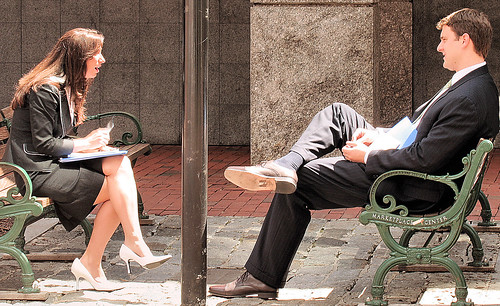 4. You expect people to speak English

Yes, German is a difficult language. It will take time for you to learn German. Most people would be comfortable trying to understand your broken German. They would be glad that you are trying to learn the language. However, at times, some people would straight up refuse to speak with you in English. Even though they know might know English. If you despise this, you will be very disappointed in Germany.

Moreover, every official document is in the German language. So unless you are willing to learn German in long-term, it is not worth coming to Germany.

5. You are unwilling to adapt

When in Rome, do as Romans do. If you do not like giving up certain aspects of your previous culture, you are going to have a difficult time in Germany. You can read some tips about integrating into German culture here. The more you adapt, the more homely you feel. If you are not willing to doge and change yourself, you will feel it in the attitude of people around you. You would be left out of their ‘to invite’ list more often than not.

Read Also: 7 things only who live in Germany understand

6. You can’t handle the cold and gloomy weather

While summers days are long and warm. The winter days are short and brutally cold. The temperature can go as low as -10°C and stay there for a while. There is on an average, only 119 days of sunshine every year across Germany. Moreover, I better not talk about the rain, it will come when you least expect it.

7. You are strictly religious

If you are a strictly religious and are not flexible in letting go the conservative belief, you will have a lot of surprises in Germany. For example, I have a few friends who do not dine at a restaurant which serves non-vegetarian food. I can not imagine them being able to live in Germany for a long time. Not to say that you should not follow the religion, but if you are not okay with slip ups it’s going to be difficult.  It is very easy to mistakingly eat or drink something which is against your religion. You might eat a chocolate or a cake only to later find out that it has alcohol in it or eat some dish only to later realize there was meat in it.

SEE ALSO: How to get a PhD in Germany